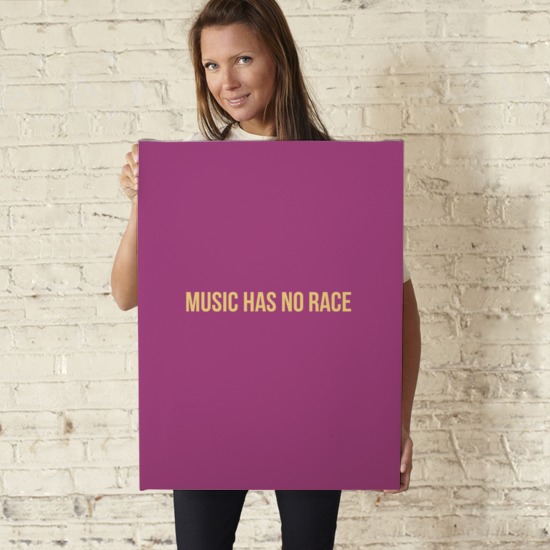 Since prehistoric times music has begun with the clapping of hands, stomping of feet, or other sounds formed from the human touch in order to create an infectious rhythm. A divide formed in order to differentiate certain rhythmical styles otherwise known as genres. Inevitably, this has lead to the separation of different classes and or cultures, each genre carrying its own connotation, stereotypes, and prejudices.

Freshman year, my friend described to me how her brother was grounded because he was listening to, “Black music.” I was angry not at her, but at myself for knowing exactly what genre of music she was referring to. I knew automatically her brother had been listening to rap/hip-hop. I had three choices; educate her about her statement, let it go altogether, or get angry. At the time I thought the last statement was my only choice and immediately yelled, “There is no such thing as black music.” As I said this my tongue dripped with pure hatred and disgust of her ignorance. The stereotype and image presented when listening to rap/hip-hop music, that stereotype reflects a black person. As I replayed this broken record of an image in my mind I couldn’t help but wonder, why I felt so much disdain at the mention of black music. Realizing that she never mentioned what kind of music her brother was listening to before I began my own rampage of ignorance, I was faced with the awareness that I was no better than her. We both had the same preconceived notions of what we assumed represented “Black Music.”  If I already put myself into a specific category, how did I expect her to see me any differently?

When you are taught to think a certain way you unconsciously begin to take on the characteristics or style as a representation of self. The stereotype not only becomes a part of you, but a part of the image portrayed to others, thus provoking a positive or negative impression. We see people not just through our eyes, but also through the rhythmical patterns presented through the genres of music. Jazz evokes the image of an old man playing a soothing melody, classical music evokes the image of a snobby upper-class white male or female, country evokes the image of a southern white person, and rap/hip-hop evokes the image of an urban teen. Instead of blaming my friend for her statement I should have taken the time to not only educate her but also myself on the fact that music is not just reflective of race it is based on preference. We all gravitate to the different rhythmical sounds we find in the unique variations of music.