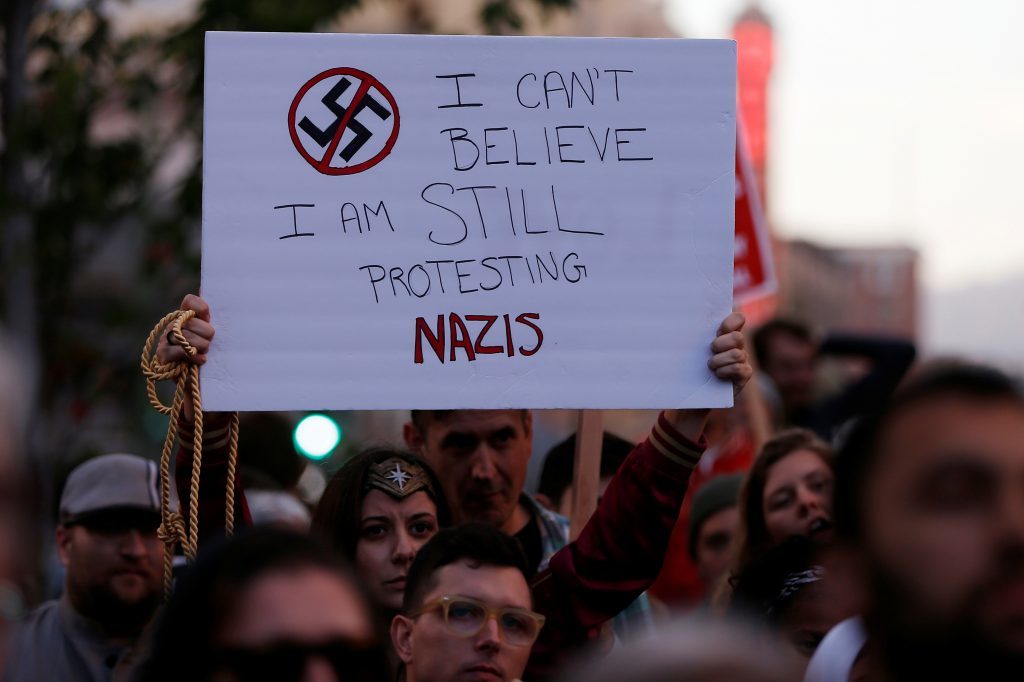 When I was younger, my grandma would always tell me stories about her experiences regarding the civil rights movement. Her gaze only shifting when she pointed to the picture in her scrapbook that captured the day she saw Martin Luther King deliver a speech. Her basement was a time capsule to the past. So I thought to myself, Why are the experiences preserved in her scrapbooks present today?

The year is now 2017 yet, bottled up piss is being thrown around as smoothly as the racial slurs which glide off the tongues of white supremacists and neo-nazis. Blind hatred filled the streets of Charlottesville, Virginia guided by the unruly fact that history does repeat itself. Protests built upon the generalizations of old stereotypes prompted the death of Heather Heyer and the injury of 19 other counter protesters.  “We are going to take our country back,” said former KKK leader David Duke when questioned by reporters. How can a Country founded on the fundamental idea of a melting pot of different cultures and traditions be taken back on the basis of one belief? The repetition of phrases such as “taking our country back,” or “making America great again” only survive with the hopes of changing the fundamental premise of which America was built upon.

Charlottesville was a tragedy not only because of the beatings, killing, and overall all violence, it also showed the underlying turmoil lingering beneath the surface of America. My memories reflectant on my grandmother’s stories guided me in formulating the same conclusion; if people do not learn to be accepting of others, they will always be blinded by ignorance shackled to the history imprinted by their grandparents generation. Heather Heyer was killed as a by product of the same blind hatred linked to history from over 60 years ago. I can’t help but wonder when the same headlines seen in 1954 will cease to exist.